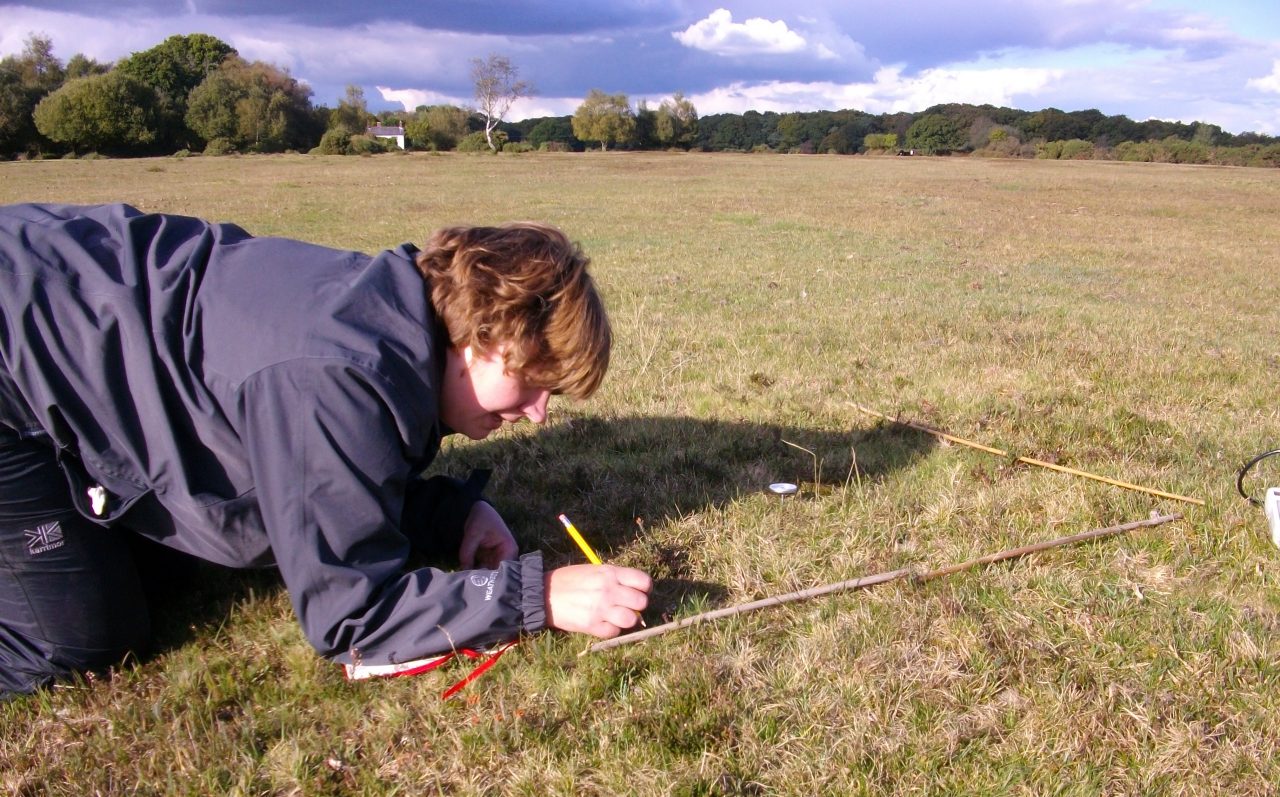 The majority of invertebrates hibernate during the winter, since they do not produce their own body heat like mammals and birds it is too cold for them to be active. However, 10cm under the ground the soil is often a few degrees warmer than the air and many soil animals are still active, including earthworm, so I am still busy out in the cold and rain digging them up for my PhD research – I recently found 16 earthworms from a 20 cm x 20 cm soil pit at a farm where the soil temperature was 4°C!

When temperatures fall below 0°C and water in the soil freezes many earthworms simply burrow into deeper layers where they can survive but earthworms which live on the surface instead rely on chemical defences to tolerate cold temperatures. Earthworms can avoid freezing by increasing the amount of sugars in their body fluids, this reduces the temperature at which they will freeze – in the same way putting antifreeze in your car washer fluid keeps it liquid.

Most of the danger from freezing is that water expands when it becomes solid, which damages the tissues of the earthworm. This damage can be reduced by reducing the water content of the body – adult earthworms are not very good at surviving dehydration, but their cocoons are so earthworm cocoons are very resistant to cold. The cocoons of the earthworm Dendrodrilus rubidus is known to survive temperatures below −40°C and in the laboratory have survived immersion in liquid nitrogen at −196°C!

The award for chilliest worm has to go to the ‘ice worms’, these are a type of potworm, (family Enchytraeidae), cousins to earthworms, and live exclusively within the ice of glaciers. They are so adapted to the cold that they die at temperatures above 5°C. You won’t find any in the UK, although you may find their relatives – small white segmented worms – while digging in the soil or in compost heaps.